The largest dance festival
in the central part of japan

What is Nippon Domannaka Matsuri?

Nippon Domannaka Matsuri (Nippon Domannaka Festival), or Domatsuri for short, is the largest dance festival in the Chubu region. The festival is held in mid-summer in the city of Nagoya, located in central Japan. At the end of every August, dancers from all over Japan and abroad gather in Nagoya in Aichi Prefecture. Their dances, along with original music and costumes flavored by their local cultural heritage, attract many viewers.

The festival started in 1999, the realization of a dream of some college students who wanted to create a dance festival that would communicate the excitement of dance right here in Nagoya, and express that excitement to the outside world. The first festival had only 26 dance teams with 1,500 performers. Today, the festival welcomes 210 dance teams with 23,000 performers from inside and outside Japan, and some 1.85 million viewers. It has become one of the largest such events in Japan.

The rules of the festival state that each dancer must hold a naruko, or clapper, and that a melody from a local folk tune of the participants’ home area must be incorporated in the music. The teams thus prepare original dances and music that give a sense of their local culture. The greatest characteristic and charm of Domatsuri is that it connects people from many different areas and countries, and gives them an opportunity to vitalize local communities as well as to create and pass on new cultural expressions. 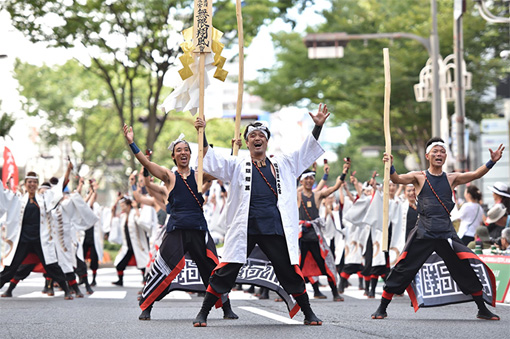 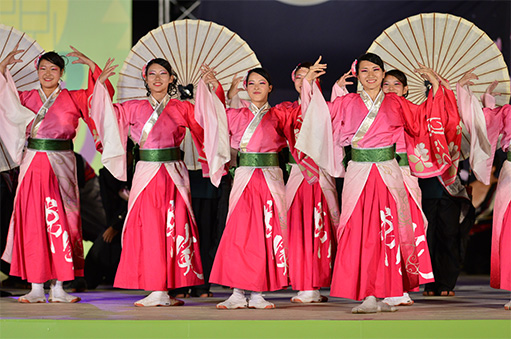 Last-minute participants are welcome! Join one of the largest open dances in the world

The concept behind Domatsuri is that everyone joins in, regardless of nationality, sex, culture, or age. The symbol of this concept is Souodori, a huge dance in which everybody, spectators and performers alike, is encouraged to join in. Although there is choreography to the music for this dance, knowing it is not a must. Music and dance are common throughout the world, in all cultures and customs. Everybody can dance freely to the music. Souodori is a chance for people with different languages to smile and enjoy themselves together. Domatsuri encourages everyone to dance, to enjoy themselves, and to feel the energy of the music and movement. Everybody has a leading role—that’s Domatsuri. Won’t you join us in Souodori?

The excitement of the festival peaks with the Final Contest, the biggest attraction of the event, on the evening of the second day of the festival. This is when the “Domatsuri award” is given to one of the 200 dance teams. Participating teams spend an entire year to compose and practice their piece for a chance to win this award. The high level of competition, with superb costumes, music, and choreography, rivets the large audience, and we want to share this excitement with as many people as possible.

Come and join the Nippon Domannaka Matsuri in Japan this summer. We are looking forward to welcoming you to Nagoya! 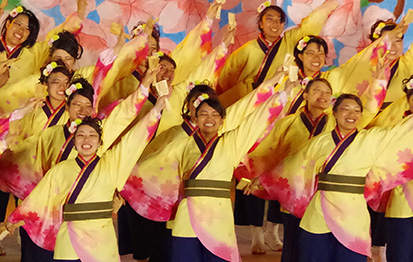